Some reviews and articles about the collaboration and performances, gathered by Mita Kapur: 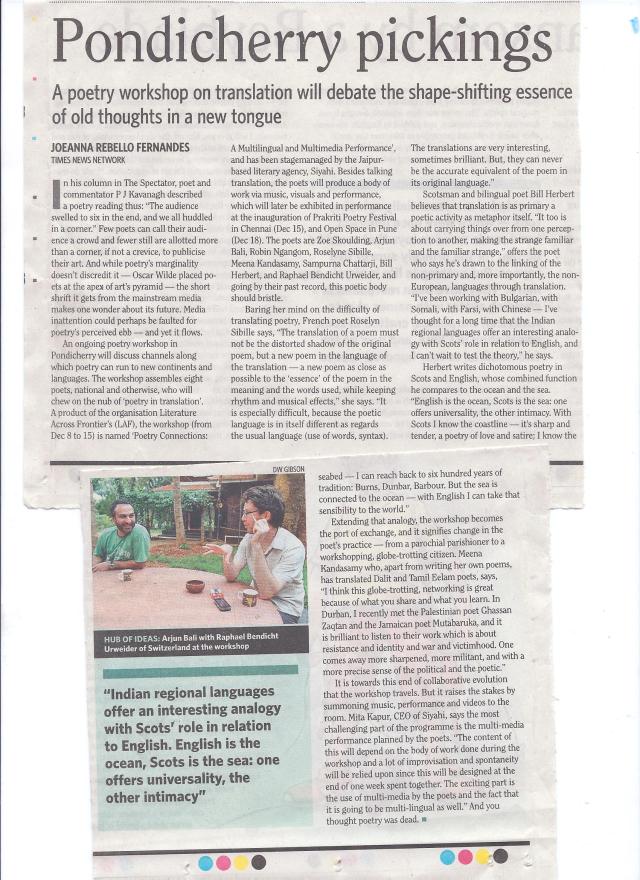 Poet and pseudo-scholar W.N. Herbert was born in Dundee in 1961, educated there and at Oxford, where he completed his DPhil thesis on Scottish poet Hugh MacDiarmid, and now lives and works in Newcastle. He is Professor of Poetry and Creative Writing at Newcastle University, and his books are published by, among others, northern publisher Bloodaxe Books. He is also the Dundee Makar, or city laureate.
View all posts by Bill Herbert →
This entry was posted in Media and tagged Mid Day Pune, Mita Kapur, NDTV Hindu channel, The Hindu, Wasafiri. Bookmark the permalink.